To strengthen the company’s push for inclusivity, PLDT wireless unit Smart Communications, Inc. (Smart) has partnered with the Philippine Business Coalition for Women Empowerment (PBCWE) and the Philippine LGBT Chamber of Commerce (PLCC) for its diversity and inclusion initiatives, particularly in esports. PBCWE was launched in 2017, through a partnership between the Philippine Women’s Network (PhilWEN) and Investing in Women, an initiative of the Australian Government.

In its pilot run, #GameForAll – the workshop led by PBCWE together with the PLCC — was aimed to help the professional players in the Smart Omega Mobile Legends team learn and understand the importance of diversity and inclusion. Smart Omega is the Smart-supported professional esports team that competes in The Nationals, the top esports league in the Philippines.

“When we designed the program, we had to understand the situation that led to this initiative,” said Amor Curaming,Program Manager of PBCWE. “It was a welcome surprise for me, personally, since I have two gamer teenage sons and I have heard about the news of what had happened. It is very commendable of Smart Omega to not only recognize and respond to the player’s behavior but also go the distance of asking the whole team to undergo a gender awareness program. That’s what real accountability is, not just in words with their apology, but doing something to rectify the situation,” she said.

PLCC Chair Ronn Astillas highlighted, “Developing a strong collaborative network among companies and business groups is a key step to improve our understanding of gender diversity and equality. The vision is to have a community that promotes a deeper sense of belonging for individuals with diverse SOGIE (sexual orientation, gender identity and expression). We are glad that Smart Communications helps redefine our gender landscape by guiding esports athletes as they become positive influencers to their followers and the general public.”

Curaming added that it was a unique and fun experience to work with the young players. “I think this initiative is an opportunity for these young influencers to start a movement within the esports industry, making it more professional and inclusive. Smart Omega has indeed put together an amazing group of competent players who are willing to learn and improve, not just their technical gaming skills, but their character as well.”

“Smart has always been a firm believer of diversity and inclusivity in the workplace and the sports arena. Aside from the Smart Omega team, we have also supported other initiatives such as the all-female Liga Adarna and opened our doors to training promising athletes and coaches regardless of their gender,” said Jude Turcuato, FVP and Head of Sports at PLDT and Smart.

“We hope that through this workshop we can help our young athletes improve and build better versions of themselves as they represent the company and the country in the game that they love,” he added.

Smart is a pioneer in actively supporting the Philippine esports community since 2013, by partnering with game creators and esports tournament organizers here and abroad, delighting subscribers with exclusive offers, and actively playing a role in PESO, the official National Sports Association that governs and develops esports for the over 43 million gamers in the country.

Omega Esports team captain Patrick “E2MAX” Caidic said that the gender sensitivity training was a huge help for the team, especially to the young players. 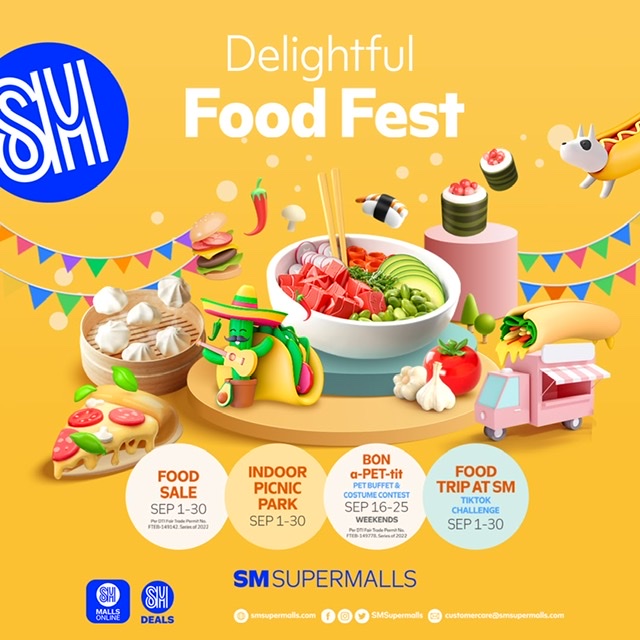 Lights Out and Away We GOMO! #WheresRR #GOMO #Lig

At the launch of Security Bank Rebate Rush. #Whe

At Solaire for the media lunch of Culinary Masters

At the launch of FWD Insurance newest brand campai

Snacks for kids and kids at heart. URC has built

Get that lit-from-within flush with Issy & Co. CRE

At the launch of 100 Days of Happiness at SM North

The much-awaited 8th edition of the Philippine Int

At the book launching of Mick Spiers' You're A Lea

"Money can't buy you happiness but money can buy y

At LPPCHEA for Watsons' Do Good for the Oceans #W

At SM by the bay for the SM Cares 2022 Internation

P&G aids over 5,000 urban poor families through the PCUP Caravan